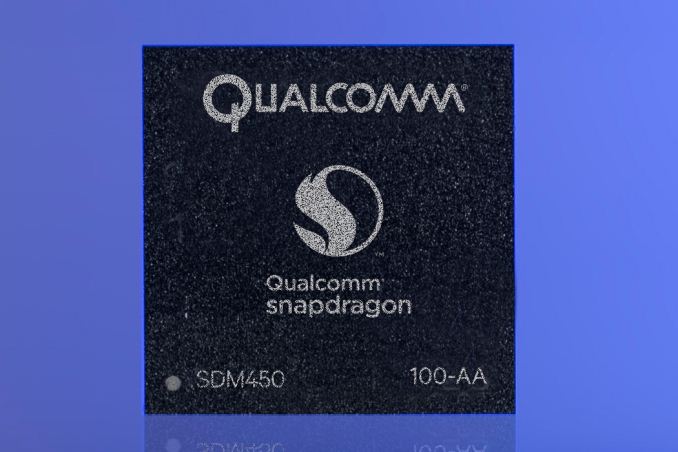 Kicking off today is second Mobile World Congress of the year, MWC Shanghai. As the de facto home of smartphone manufacturing, and home for an increasing number of major mobile device vendors, the tradeshow has taken on increased importance in recent years. This year is no exception, with several different announcements of note coming out of the show. 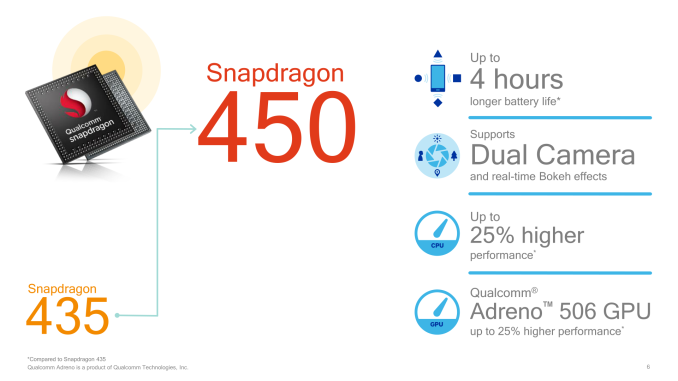 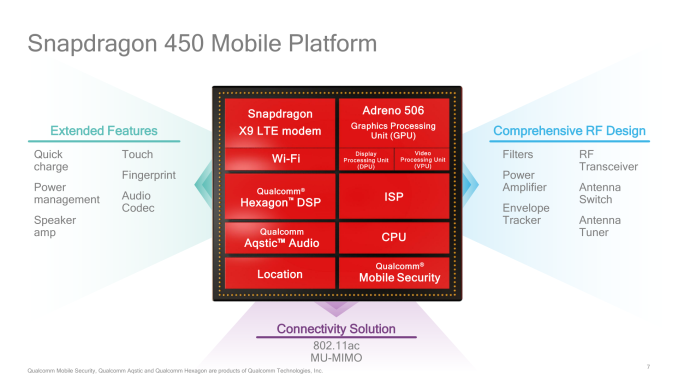 Meanwhile more significant upgrades have been made to the ISPs and USB controller. Similar to the Snapdragon 435, the 450 supports a single camera at up to 21MP. However if it’s used in a dual camera configuration – as is increasingly popular these days for artificial Bokeh and telephoto modes – then it can handle a pair of 13MP sensors, up from 8MP on the Snapdragon 435, and a notable improvement as 13MP seems to increasingly be the baseline for midrange phones. Qualcomm’s video processor blocks have also been improved, in part to keep up with the improved sensor, and as a result the 450 can now capture video at up to 1080p60, doubling the maximum framerate over the Snapdragon 435’s 1080p30 limit. Meanwhile the USB controller has been upgraded from USB 2.0 to USB 3.0, allowing for much faster transfers from Snapdragon 450 devices. And, like its predecessor, the 450 also supports QualComm’s QuickCharge 3.0 tech over said USB port. 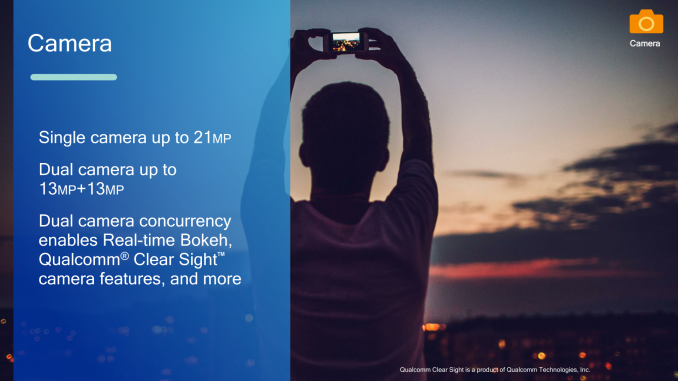 Cellular connectivity is once again provided by Qualcomm’s Integrated X9 modem, which supports LTE Category 7 down and Category 13 up, for a maximum of 300Mbps down and 150Mbps up respectively. Interestingly, on the Snapdragon 435, Qualcomm limited that SoC for just 100Mbps up despite the fact that Category 13 allows for 150Mbps; so this is the first X9-equipped Snapdragon 400 SoC to actually be able to hit 150Mbps up, going by Qualcomm’s specifications. The 450 also retains the 435’s Hexagon DSP, however like so many other parts of the SoC, the 450’s DSP has been further enhanced to reduce power consumption.

Last but not least, Qualcomm is promising some solid battery life improvements with the Snapdragon 450 over its 435 predecessor. While the company has invested some of their 14nm gains in improving clockspeeds throughout the chip, they’ve also retained a lot of those gains for reducing overall power consumption, a philosophy similar to what they did with the Snapdragon 835 this year as well. To that end the company is promoting that Snapdragon 450 phones will be able to deliver 4 hours more battery life relative to 435 phones. 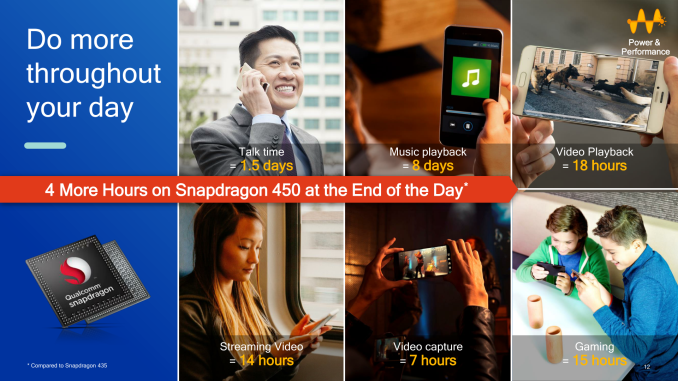 Wrapping things up, as is often the case with Qualcomm’s SoC reveals, today’s announcement comes ahead of vendor sampling and wide release. The company will begin commercial sampling in Q3 of this year, and the chip should show up in retail devices by the end of the year.