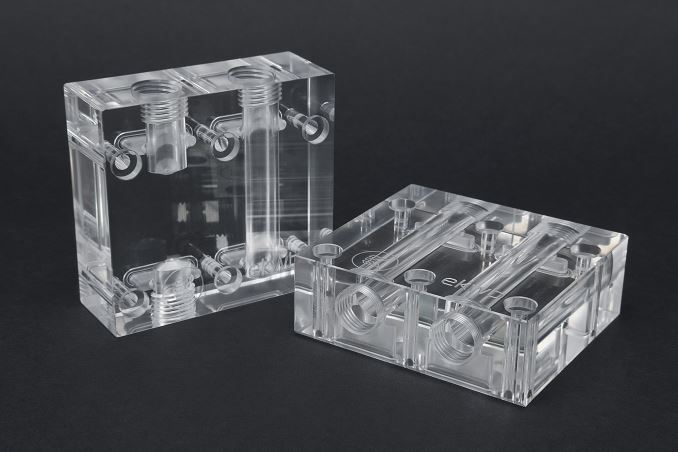 EKWB has announced the release of several new EK-FC terminals for use with multi-GPU setups. The new design, EK says, is more minimalistic than the previous version, with the terminal itself having only an engraved EK logo on it. The legacy FC terminals weren't really full of flare and simply had the FC Terminal engraved on it along with the EK logo. In that respect, the changes are not easily noticeable. They are now compatible with the aesthetic terminal covers and have options for inlet/outlet points.

The X series FC terminals come in Acetal and Plexi versions allowing the user aesthetic options to fit their needs.  The black terminals are made from high-quality POM Acetal material and CNC machined to shape. The Plexi version uses acrylic and is cast and machine-polished for a high-gloss glass-like finish. The new terminals have more connectivity options over the previous versions. The Z series offers two inlet ports on either side so the user can choose which side is inlet/outlet. Both serial and parallel terminals use standard G1/4” threads which sit flush with the body of the terminal. The terminal covers can also be removed if that is the preferred look. Each terminal includes the unit itself, two G1/4" plugs and a mounting mechanism as well as a spare terminal O-ring and spare screw. EK says all other parts are to be reused from the FC blocks. 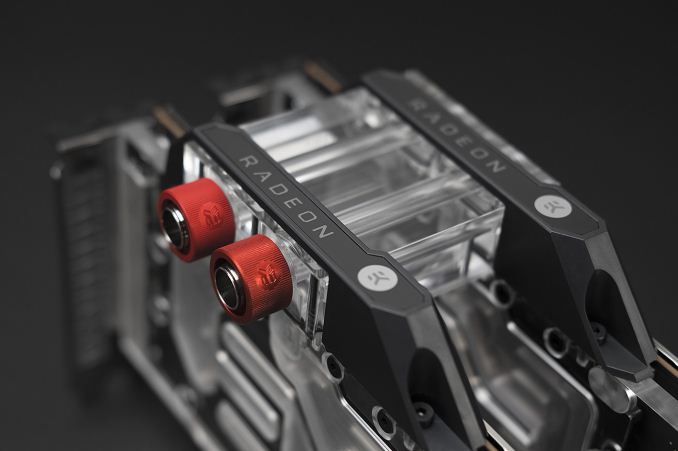 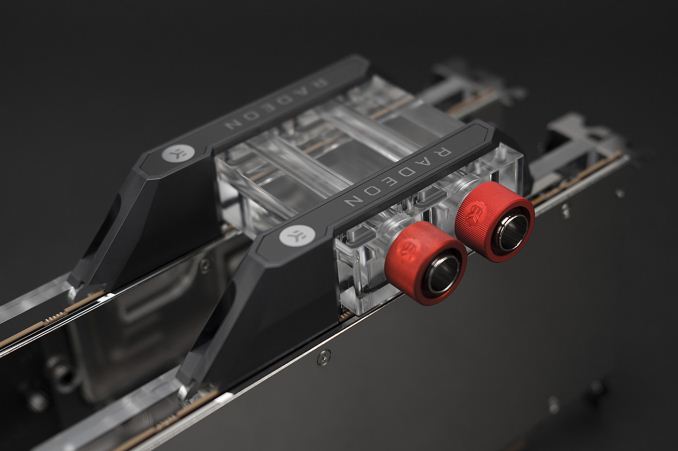 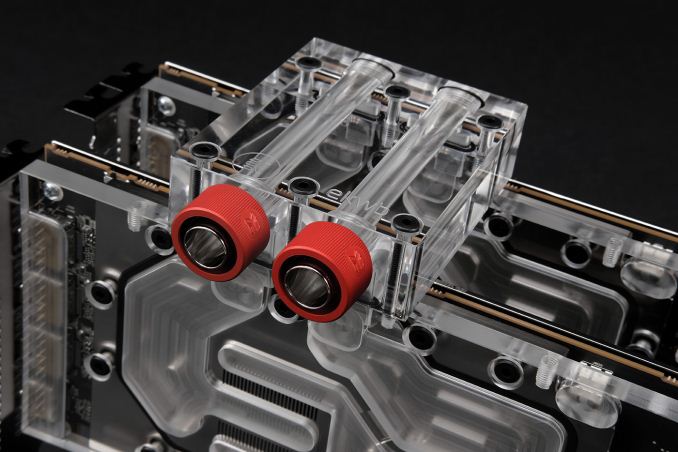 The X Series terminals were redesigned in that all the ports are now flush with the terminal. This change eliminated the need for additional extender fittings. The new terminals are compatible with EK’s aesthetic terminal covers on the EK-FC series GPU water blocks. Outside of those changes, the X series terminals function the same as the old ones. Users are able to choose parallel or serial terminals for the X2 and X3 lines. The serial terminals are noted by an “S” on the label. The X# labeling indicates the number of GPU water blocks a terminal can connect. For example, the EK-FC Terminal X3 S connects three GPU water blocks and comes in a serial configuration. 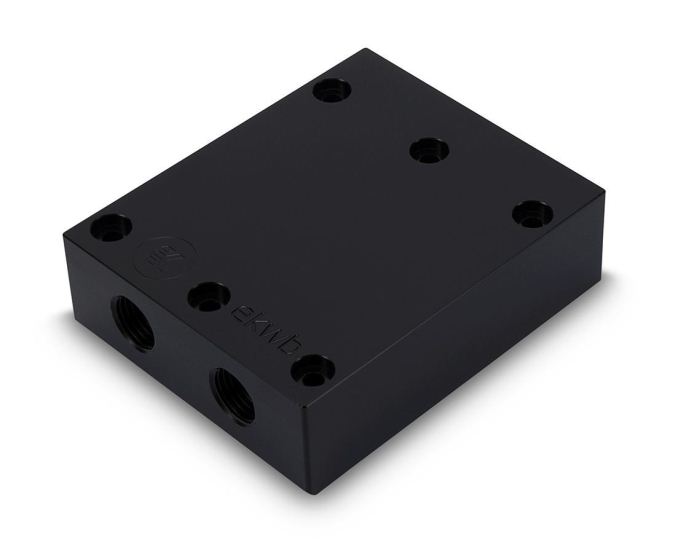 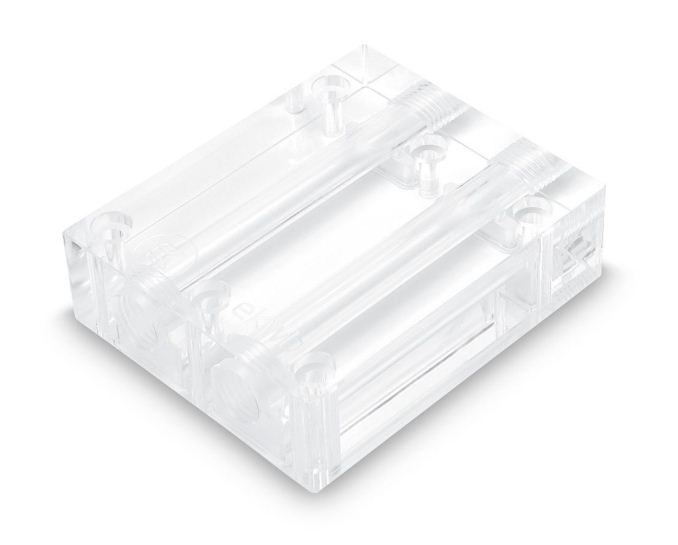 There are serial and parallel X series terminals for dual, tri, quad, and seven GPUs. The X2/3 are available in Serial or Parallel including acetal or plexi. The X4 and X7 (for mining?) are only available in parallel and acetal configurations. Also worth noting are the gaps between PCIe slots correspond to a different terminal. The EX-FC Terminal X has three versions for different PCIe spacing. Default uses a 40.6mm / 1.6” gap. The EK-FC Terminal X2 1-slot version covers a single space PCIe configuration (20.3mm / 0.8”) gap while the 3-slot spans triple spaced slots (60.9mm / 2.4”). Verify compatibility through the EK website. 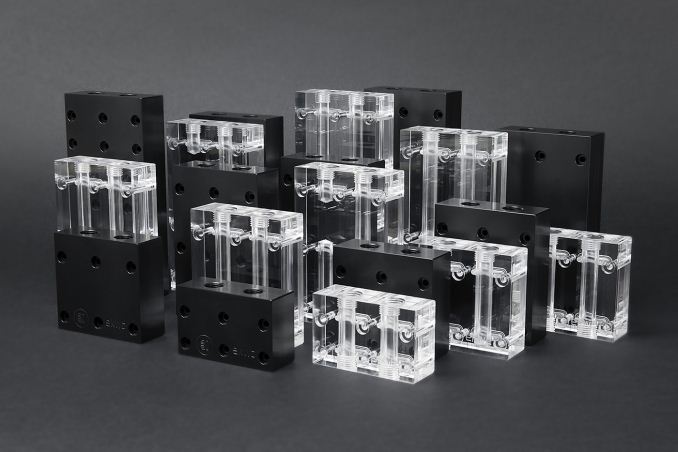 All 16 versions of the X Series FC Terminals are available now through the EK Webshop and Partner Reseller Network. Additional terminal models will become available in the coming weeks.