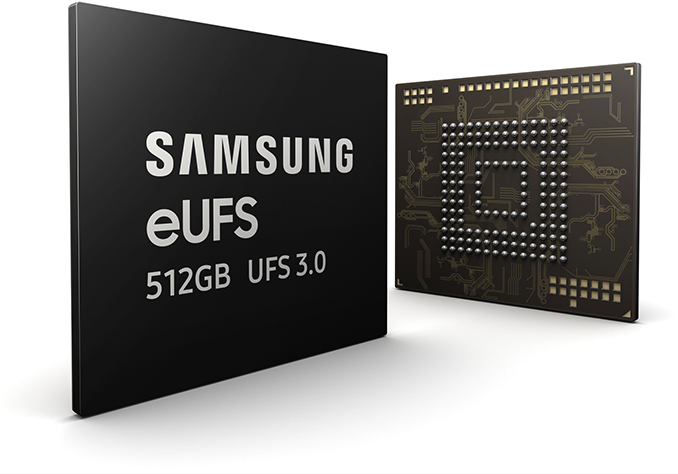 Samsung this week said that it has begun mass production of its UFS 3.0 chips. The company’s initial lineup of UFS 3.0 products includes embedded drives featuring a 128 GB and a 512 GB capacity. The company plans to introduce 256 GB and 1 TB versions of its UFS 3.0 devices sometimes in the second half of this year, and we have already seen that the 512 GB edition will appear in the Samsung Galaxy Fold. Perhaps it is a shame that the chip is only just entering mass production, and missed the window for the Samsung Galaxy S10 family.

Samsung says that its 128 GB and 512 GB UFS 3.0 embedded drives that launch today are aimed at mobile devices. The company’s own Galaxy S10 smartphones seem to use UFS 2.1 drives, whereas it looks like UFS 3.0 will debut in the Galaxy Fold.