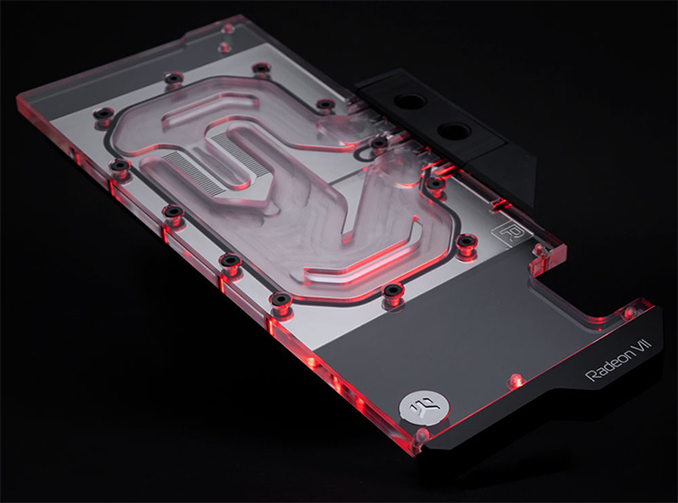 EKWB’s EK-Vector Radeon VII water blocks cover the GPU, the memory, as well as its VRM. The manufacturer claims that its new water blocks feature a larger footprint when compared to the previous-generationm and improves cooling performance to let the GPU to work at higher clocks for longer periods of time, or enabling a higher overclocking potential. Just like other modern EK-Vector water blocks, they feature cold plates with proprietary Open Split-Flow micro-channels.

EKWB will offer four versions of its EK-Vector Radeon VII water blocks. Depending on the variant, the base of the water blocks are made of copper or nickel-plated electrolytic copper, whereas the top is made of high-quality acrylic material or POM Acetal material. They also feature an LED strip on the front corner, which uses a 4-pin 12 V connector and can be controlled by RGB command software from the leading motherboard makers (ASUS, ASRock, GIGABYTE, MSI).