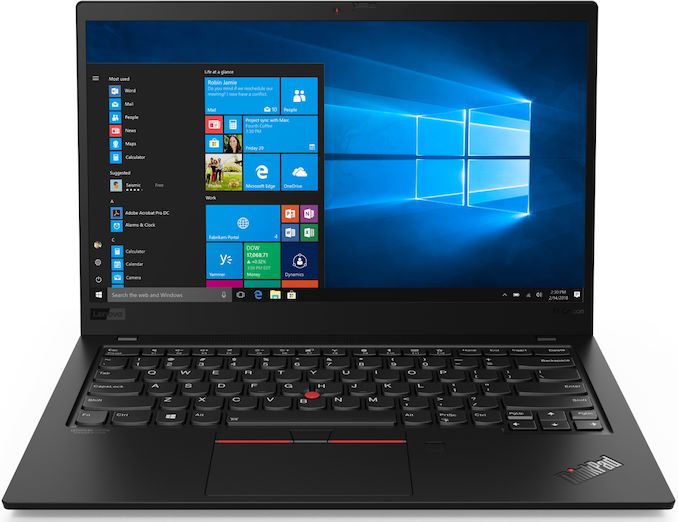 Lenovo has officially launched its 7th Generation ThinkPad X1 Carbon notebook. Originally announced back at CES 2019 earlier this year, the new ThinkPad X1 Carbon got itself a thinner and lighter chassis, an improved 4K LCD featuring a 500 nits brightness and HDR support, as well as Intel’s latest 10th Generation Core Comet Lake processors with up to six cores.

The ThinkPad X1 Carbon Gen 7 — Lenovo’s new flagship ultraportable laptop that promises to offer the best the company has — comes in a brand new carbon fiber chassis that is 14.95 mm thick (down from 15.95 mm before) and weighs 1.09 kilograms (down from 1.13 kilograms before). The laptop has ultra-thin display bezels that allow to install a 14-inch IPS LCD into 13.3-inch-class chassis. Depending on exact model, the new ThinkPad X1 Carbon will come with a Full-HD with ThinkPad Privacy Guard, WQHD, or Ultra-HD display panel. Flagship SKUs with a 4K screen will feature 500 nits brightness and will carry VESA’s DisplayHDR 400 badge. 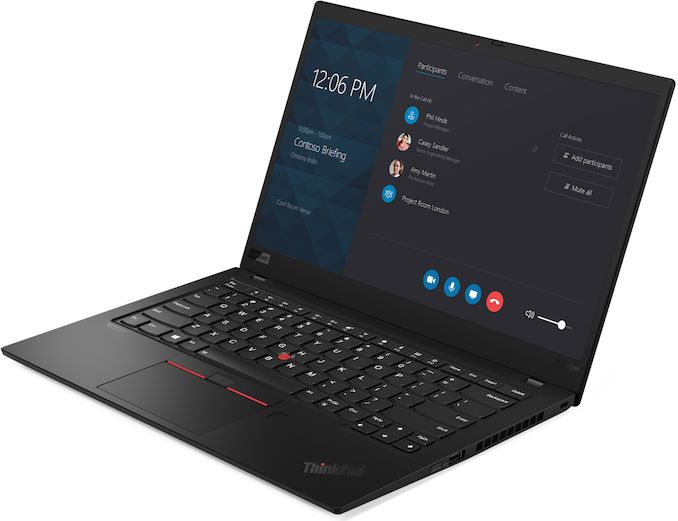 Apart from the new chassis and new display options, the new ThinkPad X1 Carbon Gen 7 notebooks will get Intel’s latest 10th Gen Core i5 or Core i7 processors codenamed Comet Lake with four or six cores as well as Intel’s UHD Graphics 620 iGPU. The CPUs will be accompanied by 8 or 16 GB of LPDDR3 memory as well as an NVMe SSD featuring capacities of up to 2 TB.

When it comes to connectivity, the 7th Gen ThinkPad X1 Carbon is equipped with Intel’s Wi-Fi + Bluetooth adapter (Wi-Fi 6 will be supported on select models), an optional 4G/LTE Cat 9 or Cat 16 modem, two Thunderbolt 3 ports, USB 3.0 Type-A connectors, a GbE with a new dongle, an HDMI 1.4 output and a 3.5-mm audio connector for headsets.

Among the significant advances of the upcoming ThinkPad X1 Carbon laptops when compared to its predecessors is an overhauled Dolby Atmos-badged audio subsystem with four speakers and four far-field microphones. As for webcam, Lenovo will offer an IR-equipped 720p camera with the company’s ThinkShutter privacy cover. 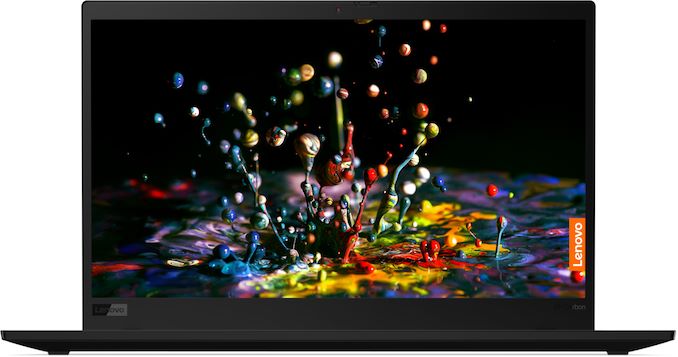 Being equipped with a 51 Wh battery, Lenovo’s 7th Generation ThinkPad X1 Carbon will work for up to 18.5 hours, though the company does not say which of the SKUs will work for that long. In fact, it is likely that battery life of flagship model based on a six-core CPU and featuring an Ultra-HD display will likely work for less time depending on the usage model.

Lenovo will start sales of the 7th Generation ThinkPad X1 Carbon notebooks in the near future. Prices will depend on exact configurations.