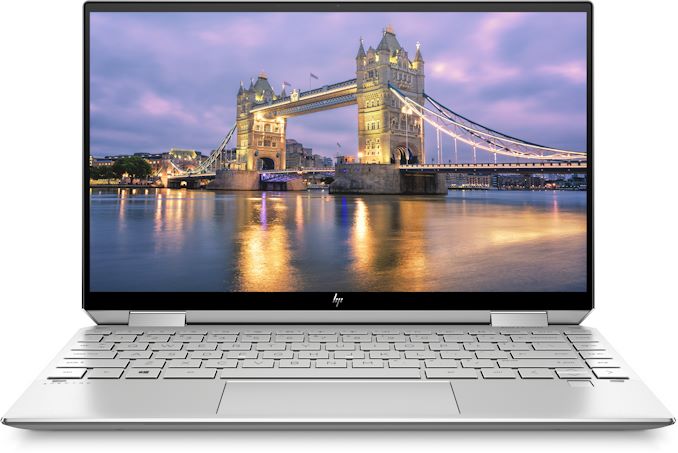 HP has introduced a new version of its 13-inch Spectre x360 convertible laptop. The Project Athena-class hybrid notebook is smaller than its predecessor yet features higher performance, improved responsiveness, an optional OLED monitor, improved security, and a battery life of up to 22 hours.

The 2019 HP Spectre 13 x360 comes in an all-new CNC-machined aluminum chassis with Natural Silver, Poseidon Blue or Nightfall Black finish with ultra-thin display bezels that enabled HP to make the convertible laptop smaller while preserving a 13.3-inch display size. The latest Spectre 13 x360 convertible is 17 mm (0.67 inches) thick and weighs 1.30 kilograms (2.88 lbs), which means that it is 2.5 mm thicker than is predecessor, but has the same weight. Meanwhile, design of the laptop is generally similar to 2018 model as it features diamond-shape edges as well as an angled USB Type-C connector located in the faceted edge on the right.

Besides aesthetics, there are other reasons why HP had to redesign its 2019 HP Spectre 13 x360. The new hybrid notebook is based on Intel’s 10th Gen Core Ice Lake processor with up to four cores as well as Intel Iris Plus graphics. The new CPU uses a smaller motherboard, but benefits greatly from a good cooling system, so HP had to enhance its thermal design too. In particular, the new cooler has two fans, three heat pipes, larger air inlets and outlets, as well as graphite insulation. Furthermore, HP enables customers to use the PC in Performance, Comfort, and Quiet modes so that to balance performance, fan noise, and temperature according to needs at every given time. It is not stated if this means that HP has increased the power mode of the CPU, which we see on some other high performance Ice Lake designs. 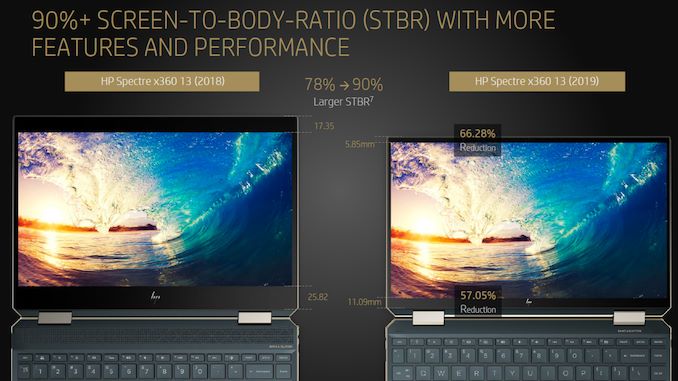 Depending on exact SKU, the CPU inside the HP Spectre 13 x360 is accompanied by 8 or 16 GB of LPDDR4X memory onboard as well as a 512 GB or 1 TB Intel SSD with 32 GB of Intel Optane Memory caching drive. Since we are talking about a high-end machine, its connectivity are top-notch as well: the machine has Intel’s Wi-Fi 6 AX201 + Bluetooth 5 adapter as well as an optional 4G/LTE Gigabit modem that can both use the laptop’s 4x4 antennas simultaneously; two Thunderbolt 3 ports, a ISB 3.1 Gen 1 Type-A connector, two display outputs (HDMI 2.0, DisplayPort 1.4), a microSD card reader, and a 3.5-mm headset port. On the multimedia side of things the computer has a Windows Hello-enabled webcam, stereo speakers co-designed with Bang & Olufsen, and a microphone array. To ensure maximum security and privacy, the notebook not only has a webcam kill switch, but a dedicated microphone mute button. 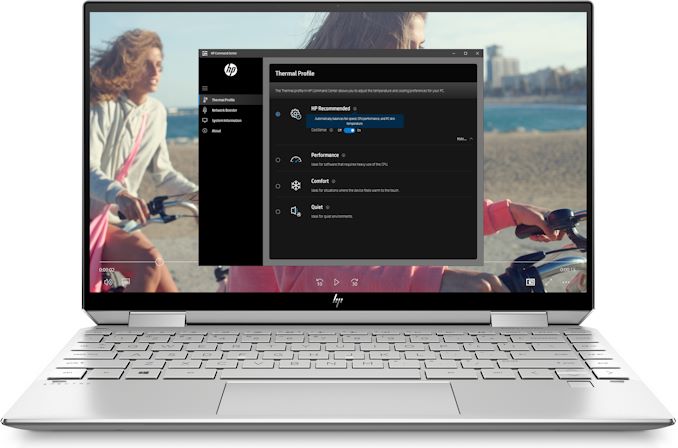 Traditionally, HP plans to offer multiple 13.3-inch touch-enabled display options with its new Spectre 13 x360. The top-of-the-range models will come with a 4K Ultra-HD OLED panel that covers 100% of the DCI-P3 color gamut. Cheaper SKUs will use a Full-HD IPS panel and a power consumption of 1 W, which will allow HP to hit up to a 22 hour battery runtime. In addition, there will be version of the hybrid laptop with HP’s SureView privacy screen technology as well as an anti-reflection glass cover. 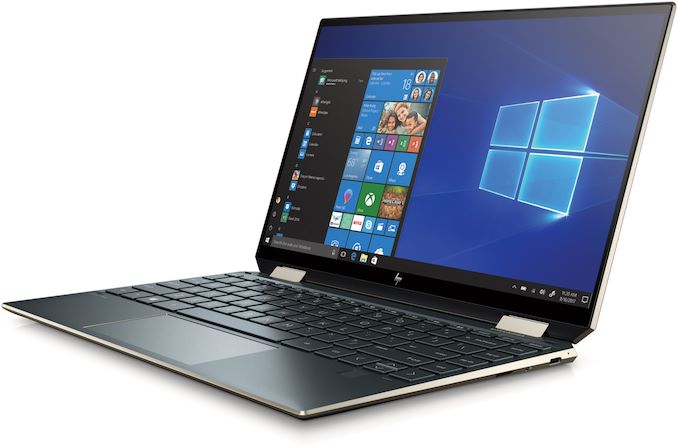 Talking about battery life, it should be noted that all 2019 Spectre 13 x360 machines will come with a 60 Wh Li-ion polymer battery and a 65 W power brick. Therefore, their battery life will depend mostly on internal and display configurations rather than on the battery capacity.

HP’s latest Spectre 13 x360 convertible notebooks will be available this month starting at $1,099.99 for the cheapest model with a Full-HD LCD. Advanced SKUs with an OLED monitor will cost starting from $1,499.99.