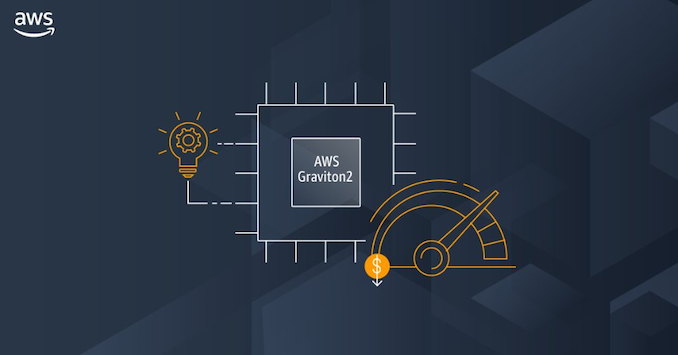 We only recently reported on the story that Amazon are designing a custom server SoC based on Arm’s Neoverse N1 CPU platforms, only for Amazon to now officially announce the new Graviton2 processor as well as AWS instances based on the new hardware. 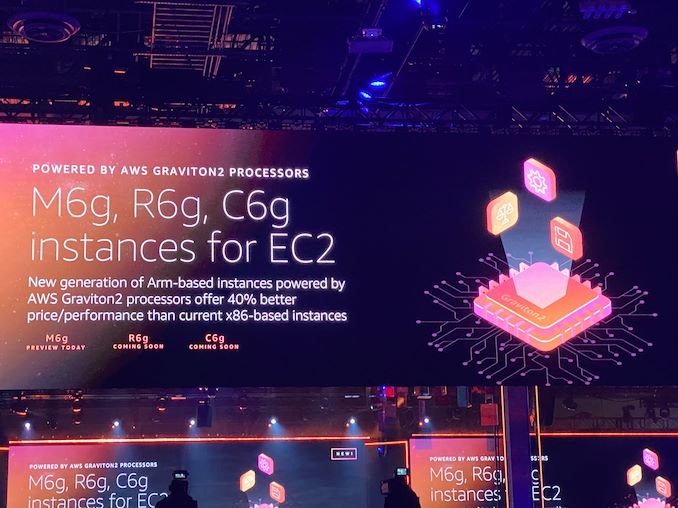 The new Graviton2 SoC is a custom design by Amazon’s own in-house silicon design teams and is a successor to the first-generation Graviton chip. The new chip quadruples the core count from 16 cores to 64 cores and employs Arm’s newest Neoverse N1 cores. Amazon is using the highest performance configuration available, with 1MB L2 caches per core, with all 64 cores connected by a mesh fabric supporting 2TB/s aggregate bandwidth as well as integrating 32MB of L3 cache.

Amazon claims the new Graviton2 chip is can deliver up to 7x higher performance than the first generation based A1 instances in total across all cores, up to 2x the performance per core, and delivers memory access speed of up to 5x compared to its predecessor. The chip comes in at a massive 30B transistors on a 7nm manufacturing node - if Amazon is using similar high density libraries to mobile chips (they have no reason to use HPC libraries), then I estimate the chip to fall around 300-350mm² if I was forced to put out a figure.

The memory subsystem of the new chip is supported by 8 DDR4-3200 channels with support for hardware AES256 memory encryption. Peripherals of the system are supported by 64 PCIe4 lanes.

Powered by the new generation processor, Amazon also detailed its new 6th generation instances M6g, R6g and C6g, offering various configuration up to the full 64 cores of the chip and up to 512GB of RAM for the memory optimised instance variants. 25Gbps “enhanced networking” connectivity, as well as 18Gbps bandwidth to EBS (Elastic Block Storage).

Amazon is also making some very impressive benchmark comparisons against its fifth-generation instances, supporting Intel Xeon Platinum 8175 processor of up to 2.5GHz:

Amazon is making M6g instances with the new Graviton2 processor available for CPU for non-production workloads, with expected wider rollout in 2020.

The announcement is a big win for Amazon and especially for Arm’s endeavours in the server space as they try to surpass the value that the x86 incumbents are able to offer. Amazon describes that the new 6g instances are able to offer 40% higher performance/$ than the existing x86 5th generation platforms, which represents some drastic cost savings for the company and its customers.