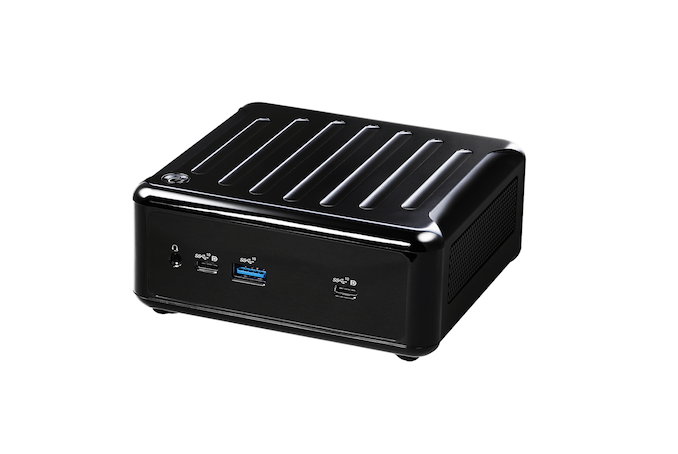 AMD-based ultra-compact form-factor (UCFF) systems are slowly gaining market acceptance, with the Zen architecture slowly catching up with Intel on both the performance as well as power consumption front. AMD's latest and greatest has been reserved for the high-end desktop market, with the parts meant for low-power / compact systems appearing a few quarters later. Zen 3-based desktop CPUs were introduced recently. However, Zen 2-based parts with 12-25W TDP (Renoir APUs) have started appearing in compact desktop systems only recently. ASRock Industrial launched the Ryzen 4000U-based 4X4 BOX-4000 series in September. The review below looks at the flagship model - the 4X4 BOX-4800U - and how it compares against the equivalent Comet Lake-U-based Frost Canyon NUC from Intel.

The PC market has grown in the last few years, thanks in no small part to ultra-compact form-factor (UCFF) and gaming systems. Intel's NUC line-up has been ruling the roost in the former category. Given AMD's focus on multi-threaded performance and core counts with the first-generation Zen microarchitecture, Zen and Zen+-based Ryzen APUs did not have good enough power efficiency and performance per watt to make a dent in Intel's success in the NUC space. ASRock Industrial did release UCFF systems based on the AMD Ryzen Embedded Processors lineup (we reviewed one such system - the 4X4 BOX-V1000M). While the GPU prowess and multi-threaded performance turned out to be appreciable aspects, the single-threaded performance, power efficiency, and driver issues made it a tough sell against competing Intel-based NUCs. The introduction of Zen 2-based APUs (Renoir) fabricated in TSMC's 7nm process changed the equation by addressing all the aforementioned weak points.

AMD prioritized the delivery of Renoir APUs to the notebook market, with mini-PCs following soon after. ASRock Industrial was again at the forefront. Along with Asus's PN50, they were one of the first to launch systems based on these parts. The 4X4 BOX-4000 series has three different SKUs with CPU core counts of 4 (Ryzen 3 4300U), 6 (Ryzen 5 4500U), and 8 (Ryzen 7 4800U) each. The last one is the flagship, and that is the one we are looking at today. 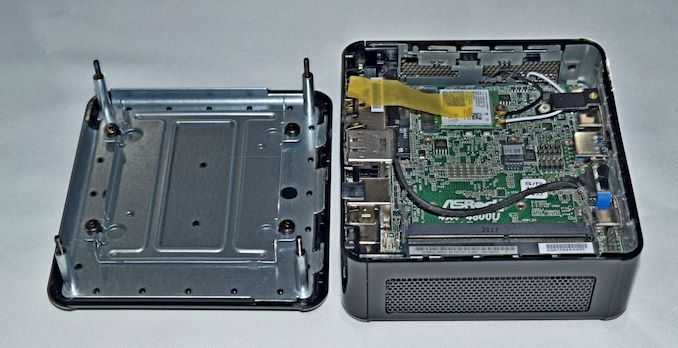 ASRock Industrial sampled us a barebones version of the system. In partnership with Patriot Memory, they also provided us with their recommended storage (Patriot P300 PCIe 3.0 x4 NVMe SSD) and memory (Patriot Signature Line 2x32GB DDR4-3200 SODIMM) for usage with the PC. 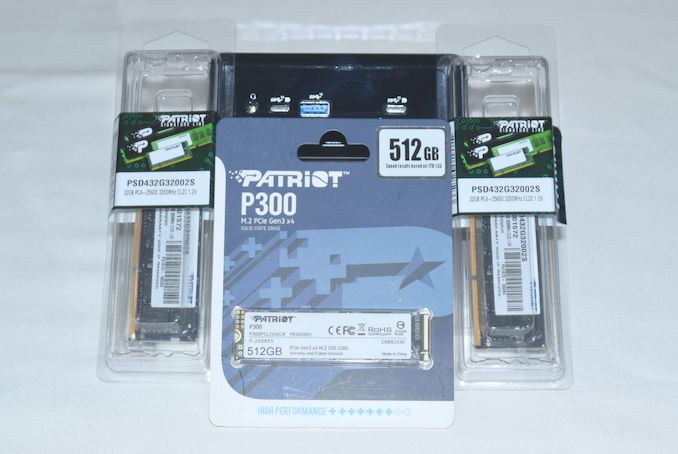 The specifications of our ASRock 4X4 BOX-4800U review configuration are summarized in the table below.

The ASRock Industrial 4X4 BOX-4800U kit doesn't come with any pre-installed OS, but does come with a CD containing the drivers. In any case, we ended up installing the latest drivers downloaded off the product support page. In addition to the main unit, the other components of the package include a 90 W (19V @ 4.74A) adapter, a US power cord, a VESA mount (along with the necessary screws), a driver CD, user's manual and a quick-start guide. Installing the storage and RAM is straightforward - a matter of popping off four screws on the chassis underside and mounting the components in the appropriate slot.

The above gallery shows the package components along with the chassis design and the internal components. The system also includes support for the installation of a 2.5" drive, with a very flexible SATA power / data cable already in place.

In the table below, we have an overview of the various systems that we are comparing the ASRock 4X4 BOX-4800U against. Note that they may not belong to the same market segment. The relevant configuration details of the machines are provided so that readers have an understanding of why some benchmark numbers are skewed for or against the ASRock 4X4 BOX-4800U when we come to those sections.