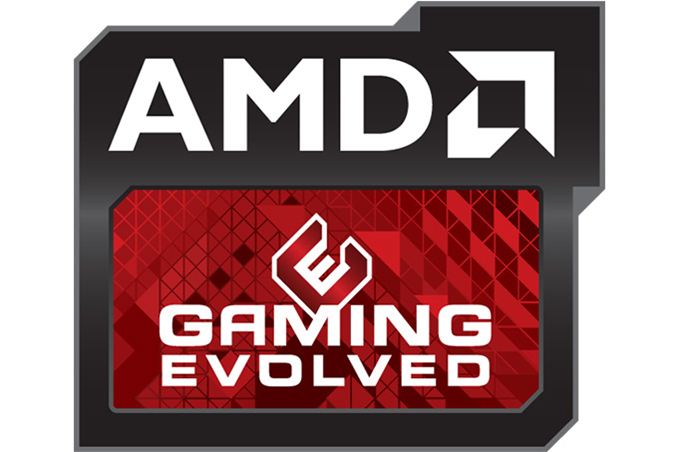 The most significant news here, beyond the fact that AMD is renewing Never Settle, is how the redemption program works. With Never Settle Reloaded and previous editions of the bundle, AMD has been bundling offers for specific games with specific products. The most recent edition, for example, would offer Bioshock Infinite, Tomb Raider, and Far Cry 3: Blood Dragon with a Radeon HD 7790, while a Radeon HD 7770 would come with Blood Dragon, but drop the other two titles for Far Cry 3. However with Never Settle Forever, AMD is moving away from a fixed game model to a pick-your-game model that lets buyers redeem games off of a revolving list of several games.

Alongside the pick-your-game model, with Never Settle Forever AMD is moving redemption into 3 “Radeon Rewards” tiers: Bronze, Silver, and Gold, with the tiers tied to video cards of increasing value. Each tier in turn has its own list of games – these lists currently being supersets of each other as you go up in tiers – with buyers getting 1, 2, or 3 games off of each list respectively. Meanwhile this tier system will also serve to slightly simplify AMD’s redemption system, as this will see AMD contracting the number of card/game configurations from 5 to 3 (7990 excluded).

Next to the pick-your-game model and the use of tiers, the final change in the program is that AMD is now going to allow buyers to “bank” their redemption credit, in anticipation of future titles. As previously mentioned AMD will be using a revolving list of games, so games will be periodically added or dropped as AMD signs up new games, loses old games, or exhausts their key allocations. Buyers in turn may choose to use their redemption coupon now or in the future, with those choosing to bank their coupon betting on being able to redeem those coupons for newer/better games in the future.

However there will be a trio of catches to banking redemption credit that need to be pointed out. First and foremost, AMD will not be announcing new games ahead of time. So whatever games they add in the future – and they have made it clear they will be adding games – are anyone’s guess, as will what tiers get those games (only gold tier is a given). The second catch is that silver and gold tier coupons, good for 2 and 3 games respectively, must have all of their games redeemed all at once; the credits can’t be split. So for example on a gold tier coupon it’s not possible to get Tomb Raider now, and then save just 2 of the credits for future use. It’s all or nothing, as it were. AMD didn’t go into great detail on why they’re handling the program in this manner, but judging from their current game lists it’s a reasonable assumption that they don’t want coupon holders “sniping” the most valuable (read: expensive to AMD) games. Finally, redemption coupons/credits are only valid until the end of 2013, so while buyers can bank their credits they can't bank them for too long, as they'll need to spend them by the end of the year. 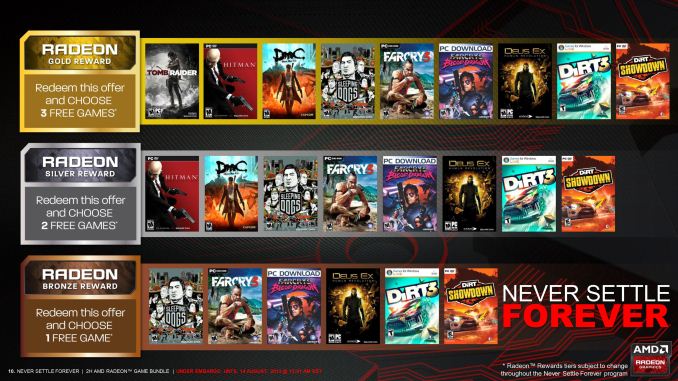 With all of that in mind, given AMD’s current game list the banking system is a reasonable compromise considering what games are currently available on each tier. Compared to Never Settle Reloaded, Never Settle Forever is at least initially a weaker bundle; AMD has lost two of their most recent titles, Crysis 3 and Bioshock Infinite. The only 2013 AAA games that remain are Tomb Raider and DMC, the rest of the games being from 2012 or earlier, or in the case of Blood Dragon a budget game from the start. So despite the additional flexibility the pick-your-game model offers, buyers at the highest tier in particular (7900 series/gold) are getting a less valuable bundle at this moment. We can’t guess what titles will be introduced in the future, but banking may not be a bad idea for those looking to get the most bang for their buck.

Finally, Never Settle Forever will for the time being only cover AMD’s single GPU parts, as noted in the product chart above. The Radeon HD 7990 retains its existing 8 game (i.e. everything) bundle, in part a consequence of the fact that the coupons for those cards are bundled in the product box itself rather than added by the retailer, and as such cannot be changed by AMD. This also means that the 7990 will continue to have by far the most lucrative bundle, even after the recent AMD price cuts that saw the 7990 drop to as low as $649 after rebate.

Ultimately from a marketing perspective the fact that AMD is renewing the Never Settle program comes as no great surprise, as the game bundle program has been undeniably popular among Radeon buyers. It has been obvious that AMD was going to continue the program in some form considering all the good will and good press it has earned them, so we're glad to see it renewed. At the same time while the pick-your-game model is not groundbreaking (we’ve seen MSI do it before) this is the first time we’ve seen such a program done at the highest levels, and in AMD’s case it’s a simple yet effective change that will reduce buyer concern over duplicate games. Finally with the Forever iteration of the program running until the end of the year, it will be interesting to see what games AMD adds to the program. There are a number of AAA games from AMD’s typical partners due over the next couple of months, so hopefully in light of the loss of Bioshock and Crysis AMD can land some new anchor titles to further augment the program. 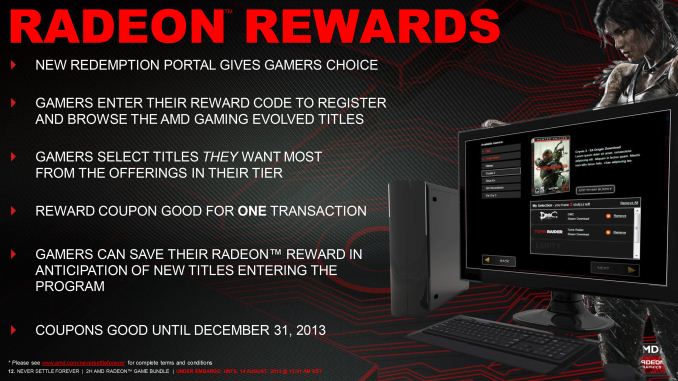