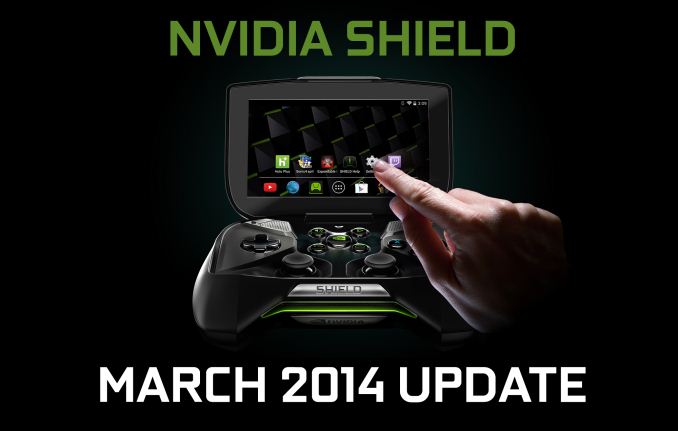 NVIDIA has a couple big SHIELD-related announcements today. The first is a “limited time” price cut to $199. The original price was $299, which then dropped to $249 – and there was an additional $50 rebate if you purchased an NVIDIA GTX GPU. Now the price is a flat $199, with no rebate for GTX GPU purchasers. This reduced pricing will be in effect at least through the end of April, though personally I think we might see the price stay there. There are additional incentives to go along with the April price cut, of course.

First, in the way of software updates NVIDIA will be providing both a welcome update to Android 4.4.2 “KitKat”, and there will be other enhancements including modifications to the Gamepad Mapper, Bluetooth mouse and keyboard support in Console Mode, and other tweaks and changes. It’s great to see continued support for SHIELD with OS updates like this, as I’ve had several other Android tablets that basically got kicked to the curb after one or two updates. Naturally, with NVIDIA using SHIELD as more than just a standard tablet, it’s important to keep it up to date and relevant.

Along with the upgrade to KitKat, NVIDIA will be updating the GameStream client with a new addition: Remote GameStream. The current GameStream is designed to work over your local WiFi network (5GHz dual-stream preferred/required), which limits its use to within your own home. On the other side of the equation, they’ve had the GRID Streaming Beta running for a while with remote access to games rendered on a GRID computing farm and streamed to your SHIELD device. Now the two aspects are being combined with remote streaming from your home PC to your SHIELD device, anywhere you have a (presumably “good”) WiFi connection – or if you have a good LTE connection on your smartphone, you can enable tethering and potentially use that as well.

I think this is a much bigger deal than GameStream – if I’m in my home, I’m usually happier sitting at a PC with a keyboard and mouse (though admittedly gaming on an HDTV is one potential use case that’s still appealing). Now, running the GameStream client on your home PC with an appropriate (GTX 600 or later) desktop GPU gives you remote access to any of those games. What’s more, since SHIELD isn’t really doing much computational work, battery life will still be very good. The latest GameStream will also extend support to select laptop GPUs now: GTX 800M, GTX 700M, and select GTX 600M (Kepler GTX 600M, basically) will also support GameStream. Another GameStream addition is support for multiple-PC pairings, so you can choose to stream from different desktops/laptops (e.g. if one of your desktops is already running a game, you could use a secondary system).

Returning to Console Mode, the addition of Bluetooth mouse and keyboard support allows you to connect your SHIELD to an HDTV and then sit on the couch with a Bluetooth keyboard and mouse. Basically, you get a “portable PC” that you can connect to any appropriate large screen. It’s not clear if Console Mode also supports Remote GameStream, but that would seem to make sense. NVIDIA notes that three of the top five games among current GeForce Experience users are mouse-and-keyboard-only (League of Legends, Civilization V, and Diablo III are specifically mentioned), so Console Mode extends gaming support to additional titles, albeit in a roundabout way. Seriously: PC streaming to SHIELD connected to HDTV controlled by Bluetooth keyboard and mouse – am I the only one that feels it’s perhaps a bit too involved? 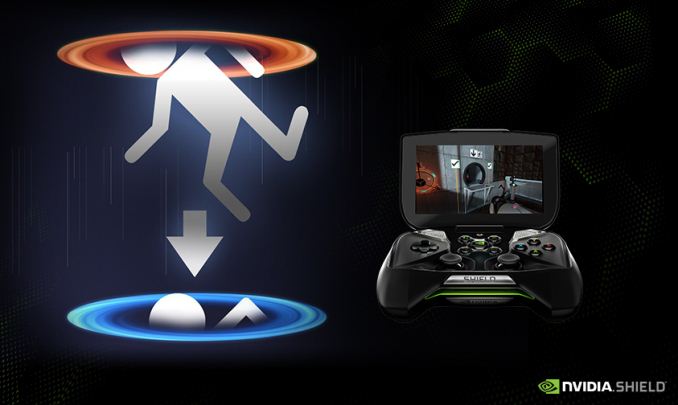 Wrapping up the announcement, NVIDIA also discussed their efforts to bring additional full PC and console ports to SHIELD. Recently they have worked with developers to port Grand Theft Auto: San Andreas, Mount & Blade Warband, and the indie hit Rochard to Android, with Tegra 4 enhancements for SHIELD devices. Coming soon is another major hit: Portal. This is the original title and not the sequel, but if you’ve never experienced the joys of Portal then you’re in for a treat. What would make the announcement even better would be free copies for existing and future SHIELD owners, but that might be asking too much.