SHIELD Gets Portal and Half-Life 2 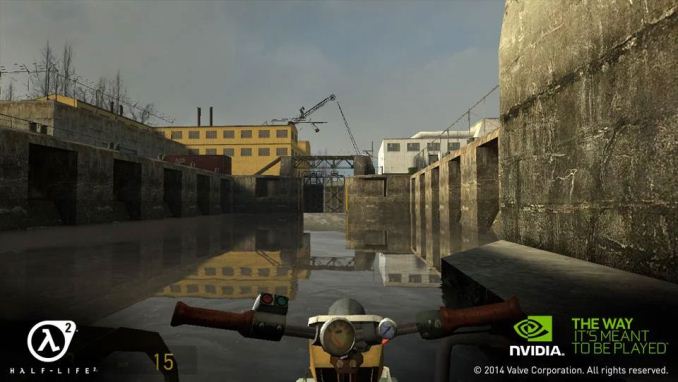 Last week, news came out that Portal is available for SHIELD, which involved NVIDIA sending various members of the press a presumably tasty little cake. (And no, I’m not the least bit disgruntled about not getting one.) It turns out that Portal isn’t alone in the port to SHIELD, as NVIDIA has now announced the availability of the original Half-Life 2 for SHIELD as well. Both games are available via the Google Play Store, but make no mistake: the games require an NVIDIA SHIELD (or at least a Tegra 4 SoC). 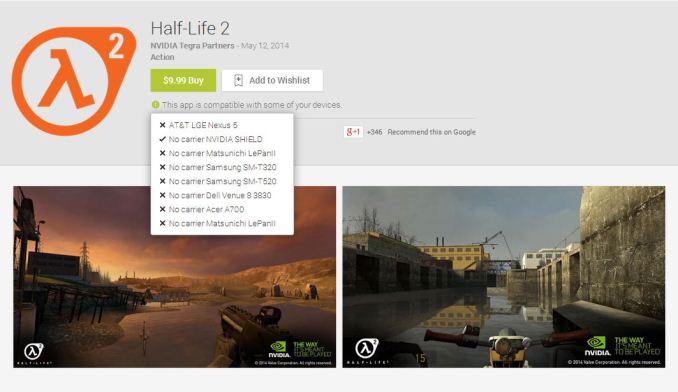 System requirements aside, it’s interesting to see that a couple games released in late 2004 (HL2) and late 2007 (Portal in the Orange Box) are now capable of running on a modern SoC. Then again, a state-of-the-art PC at the time HL2 first launched consisted of either ATI’s Radeon X800 Pro/XT or NVIDIA’s GeForce 6800 GT/Ultra. The latter sported DX9-level hardware, with sixteen pixel shaders, six vertex shaders, and sixteen ROPs; ATI’s hardware had a similar 16:6:16 arrangement but with higher clocks generally giving them the edge in terms of performance. In theory, today’s Tegra 4 GPU should be faster than those old chips, but I haven’t seen anything on HL2 benchmarking on SHIELD yet and other elements certainly come into play. I doubt SHIELD is going to be able to run at 120+ FPS at 1280x1024, which is what our old 800 XT/6800 Ultra were able to achieve way back when, but then SHIELD also isn’t going to use a few hundred watts of power.

Perhaps the most bitter pill to swallow with these two SHIELD game announcements is the price: both come at a relatively high (for Android at least) $9.99. That’s the same price you’ll pay for PC versions via Steam, but we’re still talking about $10 each for games most SHIELD owners likely already own – not to mention the games are almost seven and ten years old. If you’ve been living in a cave or somehow managed to miss either game up until now, however, they’re two of the better examples of gaming goodness you’re likely to see, and still a far better value than paying $15 for a two hour movie IMO.