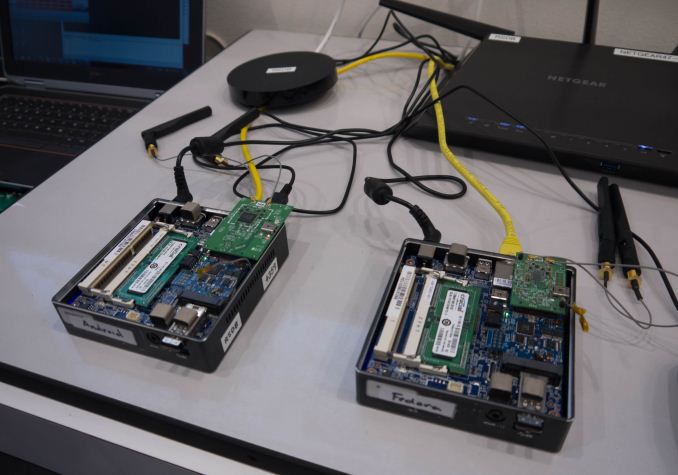 Today Broadcom took the lead by announcing two new Wifi combo chip solutions meant for the smartphone and tablet market. The BCM4359 is a high-end 2x2 MIMO solution for high-performance smartphones, while the BCM43455 is an updated 1x1 MIMO 802.11ac for mass market phones.

Taking a closer look at the BCM4359, we see several innovative new features, the most characterizing one being the inclusion for the first time of Real Simultaneous Dual Band (RSDB). RSDB enables the chip to connect to both 2.4GHz and 5GHz bands simultaneously. This is achieved by doubling up on the baseband processors on the combo chip. Broadcom uses ARM Cortex R4 as the processing units of the IC, and the 4359 uses two of them. What this enables is a sort of "full duplex" on the two frequency bands instead of having the baseband having to switch between each in an interleaving manner. The PHY bandwidth has been upped to 867 Mbps in the two-stream MIMO mode.

In the demo that Broadcom showed us, we had two test devices and a TV as the showcase setup. One device running the BCM4356 was streaming a video to the secondary device which employed the BCM4359 via the 2.4GHz band, who in turn would then stream via Wifi Display on 5GHz to the TV. As a comparison demo, we had the same setup next to it, but with both streaming devices equiped with only a BCM4356 solution. While the BCM4359 setup managed to achieve enough bandwidth to receive and forward the stream to the TV in full 1080p, the other side with the BCM4356 would only be fluid if the quality was reduced to 480p.

Another advantage of RSDB is that it enables the chip to scan for networks on both bands simultaneously, accelerating the time needed to show available Wifi networks, effectively giving a 2x speed improvement. 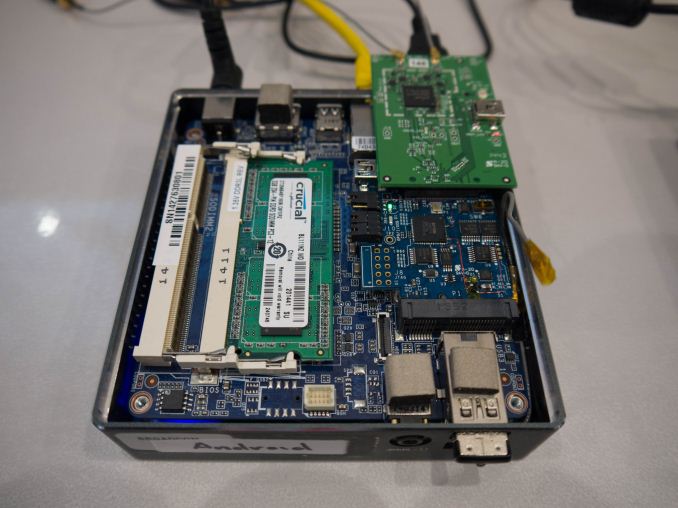 The BCM43455 is also a new member of the Broadcom family and serves as a solution for the mass market, meaning a cheaper price-point. It is a 1x1 HT80 802.11ac 2.4 and 5GHz solution, enabling up to a 433Mbps PHY rate at 80MHz channel bandwidth. The chip is able to reduce the BoM by 50%, although Broadcom didn't specify to what this was compared with.

One key aspect of these new Wifi generation chips is that SDIO has been retired (but still available as a seconary option) as the connection interface to the SoC and instead replaced by PCIe. The BCM4358 was the first such chip to take advantage of this switch, which was employed on for example the Galaxy Note 4. The PCIe interface not only provides higher bandwidths which are beyond what SDIO is capable of, but also enables crucial power advantages such as low power states on the bus and bonuses such as Direct Memory Access (DMA) for the Wifi chipset.

Both the BCM4359 and BCM43455 are sampling now and will be available in devices later in the year.