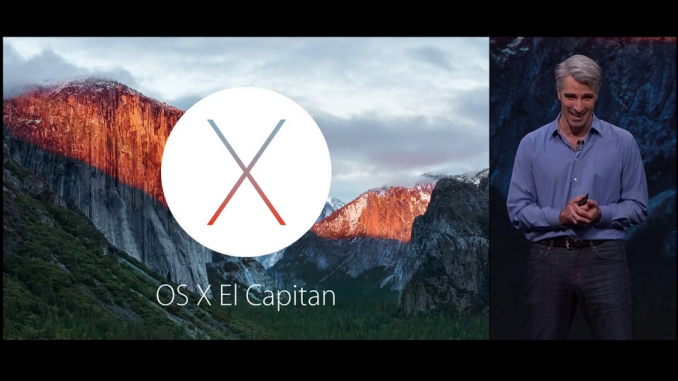 Today at WWDC Apple announced the next version of their OS X operating system. This next release, presumably version 10.11, is named OS X El Capitan. OS X Yosemite came with a comprehensive redesign which brought it in line with the new design principles that Apple introduced with iOS 7. The focus of El Capitan can be found in its name, which is a rock formation within Yosemite National Park. With Yosemite being the radical revamp, El Capitan focuses on improvements to the user experience and to performance. 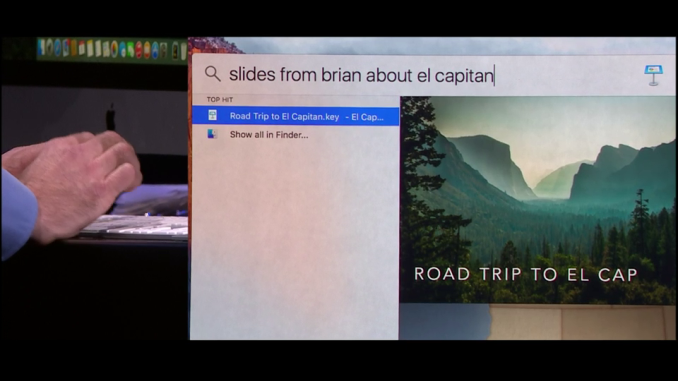 One of the areas that has seen dramatic improvements in El Capitan is Spotlight Search. In my experience, Spotlight has historically never been very smart. It was only with Yosemite that it gained the ability to search for keywords or phrases inside files. Even then, it was never able to bring up obvious results to certain queries that Siri would be able to do on the iPhone. For example, searching for the current weather would just try to find the phrase "current weather" somewhere on your Mac, which isn't useful at all. In El Capitan Apple is applying the search functionality of Siri to text searches done via spotlight. You can ask for information on the weather, or on the scores from a hockey game. You can also ask for very specific items, such as the query in the image above where Spotlight is used to find a set of Keynote slides about a natural park that were sent by a certain person. 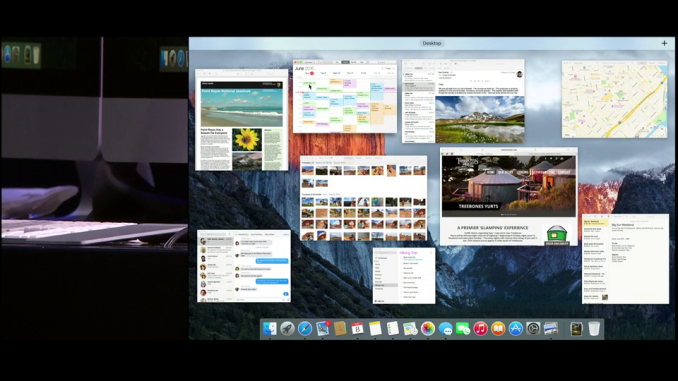 Mission Control sees a number of improvements as well. On the most basic level, there are a few changes to the interface. A blur effect is no longer applied to your wallpaper, and the bar at the top with your virtual desktops doesn't expand if you only have a single desktop at that moment, which gives more space for application windows. Apple has also added the ability to drag windows into the bar at the top to instantly put them into fullscreen mode. 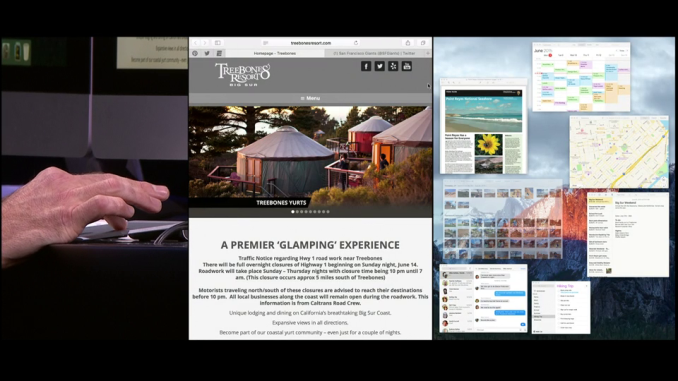 Application multitasking has also been improved. El Capitan has a new feature that essentially performs the same function as Aero Snap on Windows. Two apps or other parts of the interface can be set so they split the screen down the middle. This even works with parts of the OS like Mission Control which you can see in the photo above. 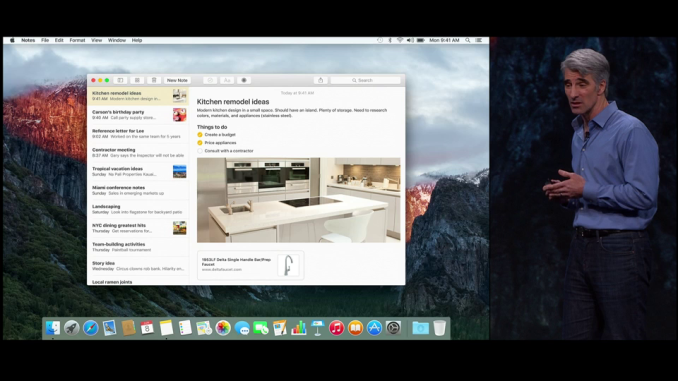 As usual, Apple has included a number of updates to their existing applications. Notes was definitely the app that saw the greatest amount of improvement. You can now embed photos and use rich type with the Notes app, which almost makes it like a very simple version of Pages, as you're no longer limited to just typing in text with the most basic of formatting abilities.

Mail was another application that saw changes. You can now use trackpad gestures in the mailbox view to quickly mark or delete images. This is such an obvious feature, with the iOS version having had these abilities for some time now, and I'm surprised that it took this long to add it to OS X.

Safari also received a couple of new features. You can now slide tabs to the left to pin them, which will keep them persistent even after restarting Safari or your computer. There are also indicators for which tabs are playing sound, which is something other browsers have had for some time now. 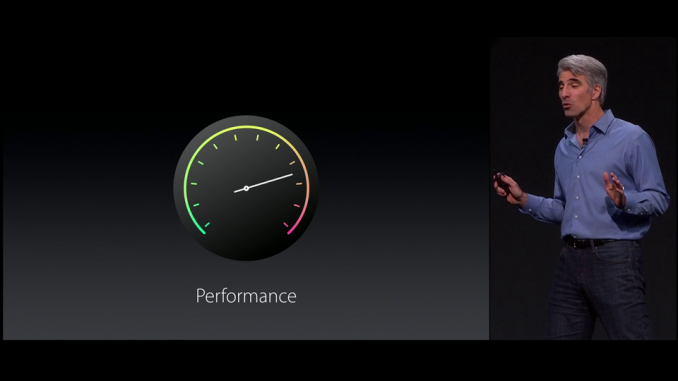 Of course, the biggest area of focus in El Capitan is performance. With the release of Yosemite it was clear that Apple needed to focus more on the performance of their OS after adding in visual effects that were taxing on the CPU and GPU. On my Retina MacBook Pro I saw considerable performance regressions compared to Mavericks, and even with OS X 10.10.3 many of those issues still remain.

There are two areas of performance that need to be considered. The first is raw speed, while the second is the frame rate of animations. El Capitan tackles some of the issues with the first aspect, but Apple has definitely been focusing on the second aspect with their announcement that the Metal graphics API is coming to OS X. Both the Core Graphics and Core Animation APIs now run on Metal rather than OpenGL. According to Apple, they've seen up to a 50% in rendering performance with Metal, and this will hopefully translate to improved UI smoothness for users.

The developer beta of OS X El Capitan is available today so developers can test their apps and try out new APIs. Like Yosemite, El Capitan will have a public beta beginning in July, and the final release will come this fall.